Every place tells a story, that of those who have lived in it.

The territory of Villa Angelina is the place which relays the sensations, the perceptions, the memories of important men and simple people who together have lived for centuries in an exclusive and overwhelming territory, which, with good reason, is considered one of the most enchanting spots on the Sorrento peninsula.

To create the uniqueness of this place, which the sailors call Cape Massa, and the farmers, Villazzano, there are numerous contributing architectural factors from different periods and cultures: from the ruins of the villa from the Roman Empire period (located near Marina di Puolo), to the evidence of the influence of the Spanish Vice-Kingdom and the witnessing of the pirate attacks from the tower constructed in the 16th century, up till the elegant Liberty design of the splendid Villa Angelina which lends its name to the entire area.

The surrounding countryside is dominated by simple rural architecture and by the “injuries” inflicted upon the territory by the mining operated in the first half of the 20th century, which the residents still recall.

Places which possess such values, always constitute a happy synthesis of culture and traditions, which take roots in the territory, and make it unique in its identity.
The original protagonists of this story were: Tommaso Astarita, the bank and ship owner who, starting from the first decade of the 20th century, constructed the villa and organized the agricultural estate; successively, the villa was acquired by the ship owner Achille Lauro as the family residence; he modernized and commercialized the agricultural estate bringing it to its maximum splendour; today, Federico del Giudice, a Neapolitan publisher and University professor inaugurates a new era, in which anyone can visit, live and share the beauty of Villa Angelina and its territory.

Part I: The history of the territory. Sunset from Villa Angelina

Chapter I: … From classic antiquity to the Grand Tour

Chapter I: The Astarita family

1 - The Sacrifice to Diana Bas-relief

2 - Lauro and the show business

4 - Lauro and the mass media

7 - Lauro in the opinion of those who knew him

3 - The symbol of the mediterranean sea: the olive tree

The isle of Capri.

Aiutaci a migliorare i nostri libri 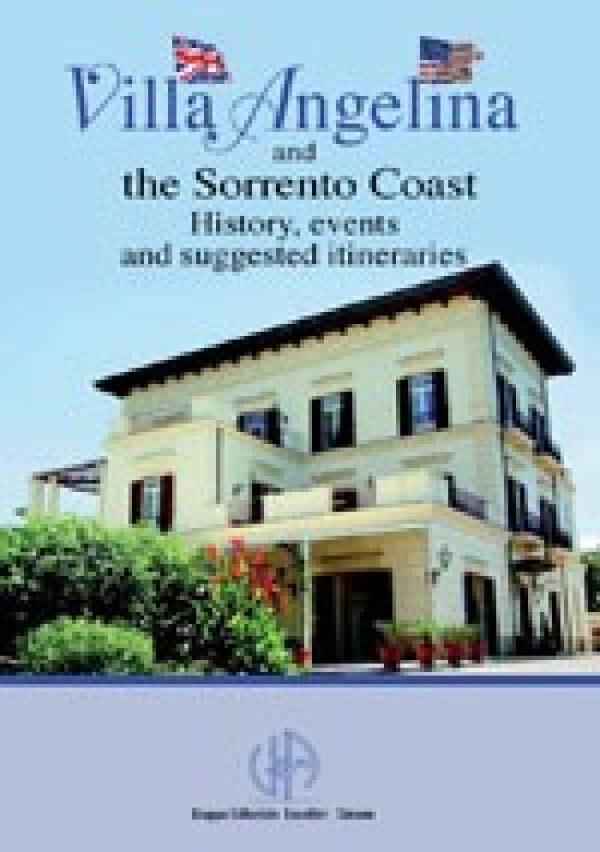